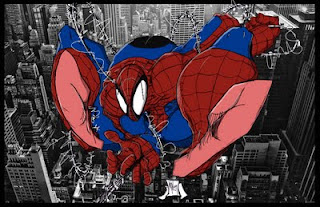 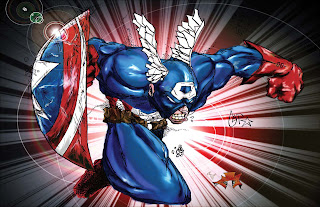 So I am back home from Baltimore comic con. I enjoy the comic conventions every year.  Being on the independent side of the illustration world, it's always a challenge. You don't have a huge following, if any at all, and your always taking a chance hoping people will like your work and support. To top it off, your going toe to toe with artist who have gained names and earned position in the art world. Its a joy and a pain, it's motivating, it's all you could ever ask for, a chance to show what you can do. At times you feel unsure, you see that some like what you do, but you still haven't broken into the mainstream, you still don't have the "following" some have. You find yourself doubting yourself. But you have to remember, if people don't see you, if your not at least out there, no one will know, no one can support, and you will never know what you could have become. Who you could have given joy with your abilities, or influence, or inspiration, or the people you could have touched or been touched by. What i realize often in a nut shell is that you may as well try.....

This year has been pretty amazing. I knew when i began to go this route it wouldn't be "easy". People ask me and some seemed amazed that i haven't worked for any of the majors. Honestly, most of us would love to, but it has been years since i tried to work with the majors, though i would if the chance came, but i made up my mind i would work as hard as i could to build a name for my work, to meet as many people as i could and i knew it wouldn't mean instant success. This year a lot of the ground work has been paying off. I'm still not where i want to be, but i may never be, but i won't stop working towards it.
The con season started with Charlotte Comicon, as always it was fun and i loved it. Heroes Con was amazing this year, people who have seen me over the years there continue to support and some expect to see me. Not to mention my convention family is growing. Shelton was busy as always, but still helped me and my crew in a major way when we needed him. I am greatly thankful to him for it.  Then it was back to Charlotte Comicon. People came out in beautiful numbers. Maybe the largest crowd ever, and Rick and Dave made sure everyone had a blast. I loved it. I sold a good number of prints and originals. Then came Baltimore Comic Con. It woke me up. I loved it there last year, the staff and organizers are always so nice and treat us well, and for the size of the con, they haven't forgotten the thing some bigger cons have.... the Artist. At the end of the day it is business, but it feels good to have cons who still care about the little guys and gals. Especially for us on the indie circuit. So this year was even more wonderful. People remembered me, my work. They came back to speak, buy, just see what i had going on. A few friends I made last year came by and checked on me, and spoke a few works that encouraged me even more.One good friend defined what we do as art. Not just comics, but true art. I owe him a Smash Brothers drawing. One couple i consider friends from last year wasn't there long, but the smiles on their faces and a few words before they parted gave me hope and inspiration. I don't know if that was the intent, but either way i appreciate them and they were a big part of why i pushed to come back this year and i hope to speak to them again soon and most certainly hope to be there next year. 1st it was Red Sonja,   Then Spidey, i'm gonna work on something special for them. Besides them, i met a lot of people, spoke with many great talents, caught up with my friend Chrissie, and gained support from a lot of people. The words of kindness, the expressions, the commission list, the sold out prints, the books sold, the good conversations, the kids smiles, the adults smiles..... man it was all so cool. I know this is a long entry, but to those who do check the site/blog, i just wanted to express my gratitude to you all from my adventures this year, speacial shout out to John Watkins Chow a great inspiration and to me friend. I could go on and on, but i just wanted to say thank ypou to all the Conventions so far, the people, to those close who support, and even those who don't. I thank you. People who don't know me have faith in me, or at least what i have been blessed to do. I am thankful. Ok, so The Cola Con, it is September 2nd. Then,  New York Comic Con in Oct13-16th. I am still working out the room accommodations and possible options outside of a room, but i will be there. After that is the Charlotte Comicon in December.

again thank you all, hope to see or hear from you, now off to some work i have to finish from Baltimore.....

Posted by Vinyl the Narrator at 4:57 PM 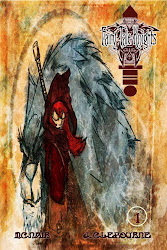